Watching the Christies auction live! – the James Stanier Clarke Friendship Book with the illustration [as speculated] of Jane Austen had a highest bid of just £28,000 [estimate was 30,000 – 50,000]

Other items of interest in the sale:

BUT, there was money passing hands at this auction ~ note this item! 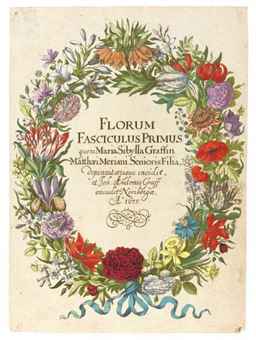 Together, 3 fascicules, 2°. 2 leaves of letter-press text and 36 engraved plates COLOURED BY A CONTEMPORARY HAND, numbered in the plate 1-12, 14-124, 1-12, including an engraved title-page with a different elaborate botanical border as plate 1 to each fascicule. Watermarks: tower with counter-mark ‘S H’ (pts. 1 and 2); coat-of-arms of Amsterdam (pt. 2); crowned double eagle with pendant ‘4 S H’ (pt. 3). Plates trimmed to plate edge (208 x 150mm) and tipped onto modern paper mounts (305 x 221mm), text leaves trimmed to type-area; loose in modern marbled paper folding box (upper joints split). An 18th-century German hand has added numbering (sometimes on the plate) and German plant-names, now mounted as caption labels beneath each plate, the register also annotated, 19th-century manuscript title-page in German. Provenance: the von der Osten family, Schloss Plathe, Pomerania, and by descent; nationalised by the DDR, transferred to the state archive in Potsdam, and subsequently restituted to the family.

A REDISCOVERED, APPARENTLY UNIQUE COPY, FINELY COLOURED, OF THE TRUE FIRST EDITION OF MERIAN’S FIRST AND RAREST WORK. The Blumenbuch was issued in 3 parts consisting of 12 plates each in 1675, 1677 and 1680, respectively. In 1680 also appeared a composite issue of all three parts newly entitled Neues Blumenbuch and 2 leaves of text containing an introduction and a register of plant names. The present copy conforms to the first edition, issued as 3 fascicules, with individual title-pages dated 1675, 1677 and 1680. Furthermore, the watermarks conform to the Bern copy of the 1675 and 1677 fascicules. NO OTHER COMPLETE COPY OF THE FIRST EDITION IS KNOWN. It is highly likely that it was acquired at or close to the time of publication by a von der Osten ancestor and has been in the family ownership for the subsequent 3 centuries. In c. 1900 it is recorded in the only surviving catalogue of the family library as being trimmed and mounted on loose sheets. Interestingly, several scholars have noted that the work seems to have remained in loose sheets for considerable periods; it is possible that the present copy was never bound.

The colouring in the present copy closely resembles that in copies considered to have been done by Merian herself (Dresden, London). If not by Merian, it is certainly by an accomplished contemporary artist, as is the Bern copy. In the introducton Merian states that she has produced the work as a model book, providing patterns to be copied in paint or embroidery. She thus joins a long tradition of florilegia serving this purpose. She also outlines briefly ‘tulip fever’ and the price of 2000 Dutch guilders paid for a single tulip, Semper Augustus. The plates for the Blumenbuch were not re-issued in Merian’s lifetime, but were reworked with the addition of insects for a 1730 edition, Histoire des Insectes de l’Europe. THE BLUMENBUCH IMAGES ARE THUS THE RAREST OF MERIAN’S PUBLISHED IMAGES.

4 thoughts on “Austen on the Block! ~ Austen Portrait Auction Results”