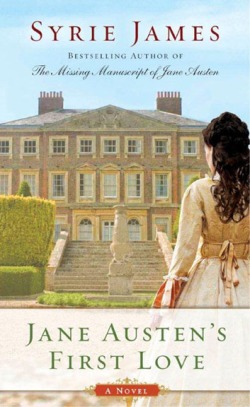 Syrie James’s new work, Jane Austen’s First Love, tells the tale of one Edward Taylor as a possible first love, pre-Tom Lefroy, for Jane Austen. It is fiction, but there is too much truth in the story, based largely on the few comments Austen made in letters to her sister Cassandra and James’ in-depth research into Taylor’s life, to have us shelve this book as merely a pretty fiction.

Syrie also wrote in more detail about Edward Taylor here: http://englishhistoryauthors.blogspot.com/2014/12/edward-taylor-of-bifrons-jane-austens.html – Ron Dunning, of Jane Austen genealogy fame, on reading about Syrie’s book, did some research into this Edward Taylor and has found some amazing connections to Jane Austen’s family – you will see that though Jane may not have had Edward Taylor for herself, future generations saw the Austen and Taylor families very much entwined… so here is Ron to tell us all about it. And thank you Ron for sharing this with us!

A Postscript to Jane Austen’s First Love, by Ronald Dunning

Jane Austen may have been unlucky in her love for Edward Taylor, but four members of his family were more receptive to the attentions of hers. It can be illustrated in a drop-chart of the descendants of Edward Taylor’s parents, Edward Taylor the elder, and Margaret Taylor, to be found on the following link [and see below for an abbreviated version so you can follow the generations]: http://wc.rootsweb.ancestry.com/cgi-bin/igm.cgi?op=DESC&db=janeausten&id=I17370

The number given to each person indicates the level of descent, with the elder Edward and Margaret in the first position. Their daughter Charlotte [JA’s Edward Taylor’s sister] married the Rev. Edward Northey, a Canon of Windsor, and two of that couple’s daughters married sons of Edward (Austen) Knight.

I.  The first, Charlotte Northey, married Henry Knight [son of JA’s brother Edward], after his first wife, Sophia Cage, had died. Poor Charlotte had a very short married life too, dying three years later. Their one daughter, Agnes Charlotte Knight, married Narborough Hughes D’Aeth. Agnes had the good fortune that her mother lacked, and lived a long life of ninety years, during which she bore at least thirteen children.

[you can read about the Northey family here]

The surname D’Aeth is pronounced Death by the family. I’m told that during the Second World War a Commander D’Aeth of the Royal Navy was promoted to Captain, but his men refused to serve under a Captain Death – so he felt it was best to change his surname. [One plug, if I may – the names Narborough and Cloudesley were given to many boys born to the D’Aeth family, and the reason is interesting. I wrote about it in an article, to be found here: http://www.janeaustensfamily.co.uk/articles/longitude.html]

II.  Returning to the chart, Charlotte Northey’s sister, Mary Northey, married Henry Knight’s brother, the Rev. William Knight. Mary was, like her sister, a second wife, and more than twenty years younger than William. She became the step-mother to his eight children, and bore three daughters of her own, those on the chart. Unfortunately she too was visited by tragedy – the daughters, aged between two and five, all died within a week of one another, from smallpox.

III.  There were two further connections, both among the descendants of Jane Austen’s fondly-doted-upon Edward Taylor. (Edward is half-way down the chart, the second person with the generational number 2.) His great-granddaughter Dorothy Mary Deedes (generation 5) married Lionel Charles Edward Knight, a great-grandson of JA’s brother Edward Austen Knight. Fortunately, there is no need to report a family tragedy here, since she lived into ripe old age.

IV.  The fourth connection is less obvious – still a descendant of the younger Edward Taylor, but not a person who married a Knight. Nevertheless she brings the story full circle. Dorothy Mary Deedes’s brother, Herbert William Deedes [so Edward Taylor’s great-grandson, but also the great-great-nephew of Edward Austen Knight’s wife Elizabeth Bridges – confused enough now??], had a daughter who is simply identified in the chart as ‘Living Deedes,’ because she is still living. She is the dowager Lady FitzWalter of Goodnestone Park – whence Lady Bridges wrote to announce the betrothal of her daughters, one of them her daughter Elizabeth who married Edward Austen Knight! [see Syrie’s post here on Lady Bridges’ letters]

With the Austen pedigree, where one story ends, another begins – Lord and Lady FitzWalter were cousins, both descended from the Bridges. But let’s leave it for another time …

Thank you Ron for this! – I append here a portion of the genealogy chart that shows these connections – please visit Ron’s genealogy page http://wc.rootsweb.ancestry.com/cgi-bin/igm.cgi?op=DESC&db=janeausten&id=I17370  for the full chart and links from each name – it is all quite daunting, and why I am showing here only the names that connect Taylor and Jane Austen! 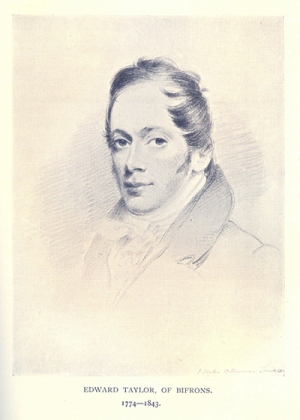 Is your head spinning yet??! If you have questions, please ask away – and any comments on Syrie’s original post will qualify you for the Grand Giveaway – deadline is tonight December 21 at 11:59pm. And just to make your head continue in its spin, here is a portrait of “The Children of John Taylor of Bifrons Park,” by John Closterman, 1696? [from the National Portrait Gallery] – one of these boys is presumably Jane’s own Edward Taylor’s grandfather Herbert Taylor [though he seems to have been born in 1698, so perhaps the dating of the portrait is off?  – more questions to ponder!]