I have not gone missing, though it may seem that indeed I have fallen off the planet – not quite so dramatic though it does almost feel like that – we have sold our house and amidst the joys of house packing, packing up my book business – all gone to storage as we do not have a place to call home – concerns about my son’s surgery, a September 23rd JASNA-Vermont event of grandiose proportions [three speakers, a fabulous afternoon!], and then off to the JASNA AGM in Brooklyn – a lovely respite into the late 18th century from which I am still fighting re-entry!  I was hoping to post about the AGM right away and fear I am slowly forgetting about all the fabulous events of Jane Austen Land in Brooklyn – but I shall start today with a booklist of new purchases – the Emporium filled with goodies as usual – and though the lack of a home and the memory of packing all those books forced me into more conservative behavior at the book stalls, I confess that book buying is my only true vice and I could not completely resist, so here are the latest additions to my Jane Austen library:!

Lane has written a number of Austen-related texts and this book will be a most welcome addition to my collection of her other works. Her essays in Jane Austen’s Regency World magazine are always insightful, often just focusing on a single term and how Austen employs it [for example in the Mar / April 2011 issue, she takes on Austen’s concept of “home”] – in this book, Lane delineates Austen’s 18th century language, clarifying for the reader the meanings of such words as “elegance” and “openness” to “candour” and “gentility” and “mind” and “spirit” – a lively entry into Austen’s world that adds to our understanding and appreciation of what she was really saying to her readers…

Ashamed to say I do not have this in my collection – so happy to remedy that with this discussion of Lady Hutchinson, Lady Mary Wortley Montagu, Charlotte Lennox, Catharine Macaulay, Hester Lynch Piozzi, and Jane Austen and their historically-informed writings… perfect winter reading… 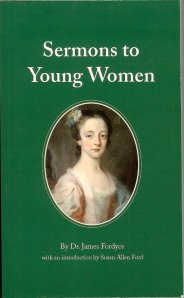 One of the best-selling conduct books of Jane Austen’s day, Fordyce’s Sermons to Young Women we mostly know as the reading material of the odious Mr. Collins, the words of which Lydia Bennet patently ignored… This is a paperback facsimile of the 10th edition from the Chawton House Library collection, and necessary reading material if one is to understand the world that Jane Austen was writing in – we might laugh at some of the directives for female behavior now and think we indeed have “come a long way baby” – but read it we must to truly “get” Austen… purchase supports the Chawton House Library, and as Susan Allen Ford, JASNA’s intrepid Persuasions editor, has written the introduction, one should just add this to their shelves without further ado… 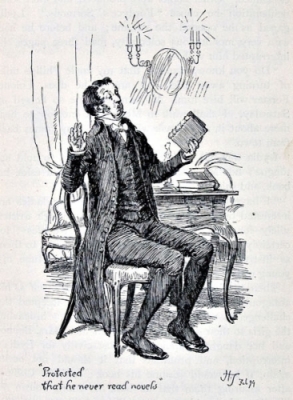 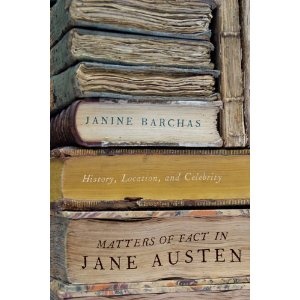 “Janine Barchas makes the bold assertion that Jane Austen’s novels allude to actual high-profile politicians and contemporary celebrities as well as to famous historical figures and landed estates…the first scholar to conduct extensive research into the names and locations in Austen’s fiction by taking full advantage of the explosion of archival materials now available online.” [from the jacket]

I had the pleasure of introducing Professor Barchas at her AGM presentation on “Jane Austen Between the Covers: A Brief History of Book Cover Art.” She took us through the last 200 years of marketing Jane Austen through the physical aspect of the book, a long-term project she is working on to create a visual bibliography of Austen’s works.  Barchas has given a number of breakout sessions at the past AGMs, always incorporating the graphic and visual aspects of Austen’s world and tying them to her fiction.  I am most anxious to read her newest work, and can heartily recommend it…

Also another must-have for your Austen collection… Johnson “shows us how Jane Austen became ‘Jane Austen,’ an exalted yet seemingly ordinary figure… [by passing] through the four critical phases of Austen’s reception: the Victorian era, the First and Second World Wars, and the establishment of the Austen House and Museum in 1949…” [from the jacket]

This book went into a second printing in 2000, so very happy to pick it up. It offers up “a collection of over 100 little-known excerpts from dance, etiquette, beauty , and fashion manuals from roughly 1800-1890, to include step-by-step instructions for performing the various dances, as well as musical scores, costume patterns,  and the proper way to hold one’s posture, fork, gloves, and fan…”

A compact, illustration-filled tribute to P&P, as Jones and Lane “investigate the reasons for its popularity and describe the extraordinary history, reception and afterlife of the phenomenon that is Pride and Prejudice.” [from the back cover].  I was fortunate enough to be purchasing this from publisher Tim Bullamore just as Maggie Lane was at the Jane Austen’s Regency World magazine table – so having it signed by both authors is an additional treat! – and Colin Firth graces the cover, so who could resist!

I had wanted to go to this conference but was alas! unable to, so happy to pick up this collection of four essays – have meant to since 2006 when it was first published… 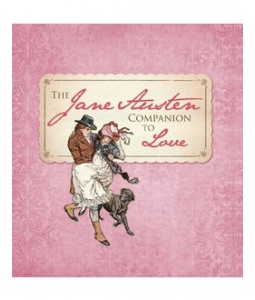 This was a lovely gift from Sourcebooks in our AGM bag of goodies…. Filled with quotes from the novels and illustrations by the two Brock brothers – a perfect bedside book…and gift for your favorite Austen-loving friend.

Several books highlighted at the AGM I already have, so shall give them a mention here as well: 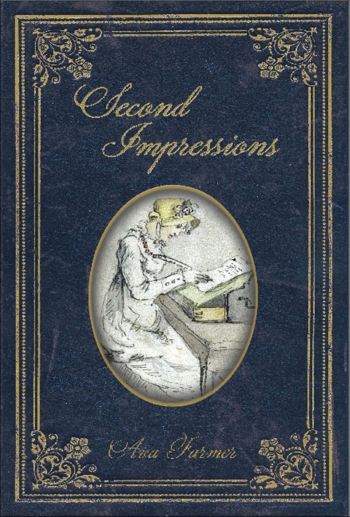 Ms. Lerner was at the AGM as a plenary speaker – her talk “Money Now and Then: Has Anything Changed?” – was an interesting analysis of whether Jane Austen was knowledgeable about the issue of money in her novels – will write more about this in another post – but want to mention her book here – she will be coming to Vermont in December to speak at our annual birthday Tea! – and her book will be available for sale, all profits to support Chawton House Library. You can visit the book’s website here: http://www.secondimpressions.us/

A delight to meet and chat with Susannah, the president of JASA, and author also of Jane Austen and Crime, one of my favorite books on Austen.  Here Susannah takes on the Regency ballroom, filled with beautiful contemporary illustrations, and everything you wanted to know about Dance! 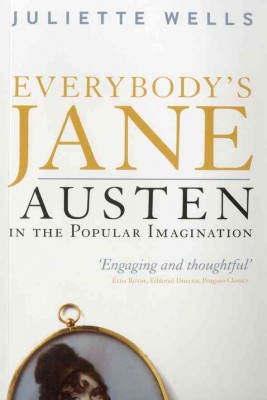 Nearly done with this one – and another must-have for your Austen library: “An investigation of Jane Austen’s popular significance today – why Austen matters to readers, how they make use of her novels, what they gain from visiting places associated with her, and why they create works of fiction and nonfiction inspired by her novels and life.” [from the back cover]

William Deresiewicz. A Jane Austen Education: How Six Novels Taught Me About Love, Friendship, and the Things That Really Matter.  New York: Penguin, 2011.

Deresiewicz spoke the evening of the Ball on “Becoming a Hero: Being a Man in Austen’s World” – his book is a delightful journey through the six novels and how his reading of them made him a better man…

Used Books? – my real downfall, but I only bought two items from the used bookseller Traveler’s Tales, where I usually drop a bit more blunt – I didn’t get to the booth until a few days after the Emporium opened and most items of interest were already gone… but I did find this: 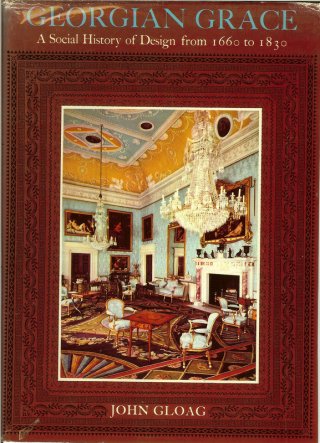 John Gloag. Georgian Grace: A Social History of Design from 1600 to 1830. London: Spring Books, 1967, c1956. – a must have for anyone interested in the architecture and decorative arts of the period – who can resist a book with chapters such as “‘A Dish of Tea’” and “Pray be seated” and “‘The toilet stands dispay’d’” and the like!

Here is my one and only: “The Harvest Home” by Thomas Rowlandson (1821) 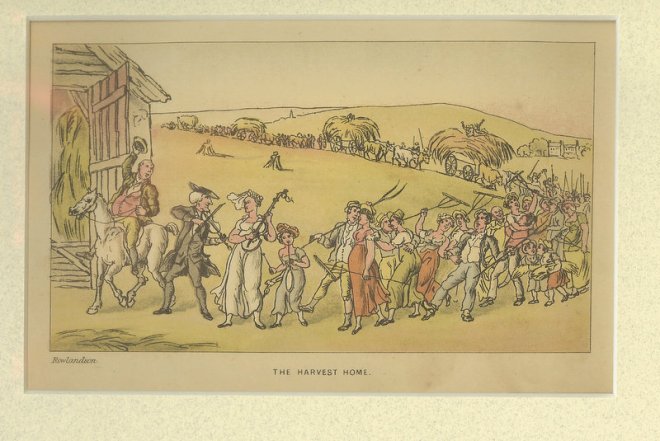 …and last but not least, my favorite annual purchase at the AGMs is the Wisconsin Region’s “A Year with Jane Austen” Calender, this for 2013 a celebration of Pride and Prejudice: you can order your own copy here: http://www.jasna.org/merchandise/calendar-2013.html [I purchased a number to sell at our JASNA-Vermont Austen Boutique…]

More to come about the AGM so stay tuned!