Gentle and Fun-Minded Readers: today I welcome Vanessa Paugh, creator of Pride and Prejudice RPG*, a mind-challenging Jane Austen-related game for your iphone. I have downloaded it, but alas! have not had the time to really become “accomplished” [one must practice as Elizabeth so wisely reprimands herself and Mr. Darcy] – but I invite you to read what Vanessa has to say about why she created this game – you can find it at the iTunes store for 99c – try it out and let me know how you fare! – and Thank You Vanessa for sharing your game with us today!

[*for the uninitiated: RPG = role-playing game]

Pride and Prejudice RPG is a musical, fashion role playing game based on the first part of Jane Austen’s novel. The player becomes Elizabeth Bennett and strives to complete the accomplishments that will lead her to Mr. Darcy. There are four sections in the game: Pianoforte, Hertfordshire, Shoppe and Closet.

With Pride and Prejudice RPG, the player can enjoy literature, fashion and music, and painlessly improve her math skills at the same time. 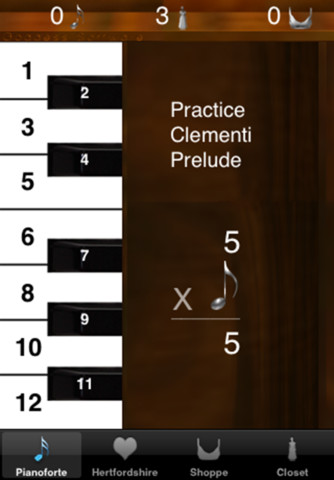 The primary reason that I created Pride and Prejudice RPG was to ultimately increase the numbers of women in Science Technology Engineering and Math (STEM). As Ghandi said, “be the change you want to see.” Studies have shown that many gamers become interested in STEM from curiosity about the inner workings of the games they play. Subsequently, they want to make games themselves and eventually choose programming or other STEM fields as careers. In addition, when many women see how technology can solve problems which interest them, they realize that STEM fields don’t have inherent gender association.

Currently, many concerned woman are debating the best methods to increase the numbers of women in STEM. Some say that gender neutral toys, clothes, media and attitudes are the only way to go. Others are trying the girly geek route with perfume chemistry sets, pink Legos, computer engineer Barbie and glamourous magazine style math books. The problem comes when these groups forget the goal and end up fighting each other. STEM fields don’t have to be limited by gender and cultural gender norms don’t have to limit careers in STEM fields. According to Kim Tolley’s research, in the 1830’s, Americans debated whether women could study classics, because many “experts” thought they should continue to study science. In 2005, Americans debated whether woman could study science because some “experts” thought they should continue to study classics. It’s time to take the gender limitations out of academics, period. I hope Pride and Prejudice RPG is one step in that direction. It includes literature, musical math, historical fashion and creative experimentation. These are the four main subjects that we require all students to learn: Language Arts, Mathematics, History and Science. When roadblocks are removed and encouragement is not withheld, woman can learn all of them.

Although I had played many computer games, I never considered becoming a game designer until I heard about Brenda Laurel and Purple Moon’s “Rocket’s New School.” Janet H. Murray’s “Hamlet on the Holodeck” inspired me to read all of Austen’s work and start turning “Pride and Prejudice” into a game. I was enlightened by Sherri Graner Ray’s “Gender Inclusive Gaming” and investigated redesigning traditional violent gameplay into other game playing mechanisms. Talking with Julienne Gehrer, the developer of the Pride and Prejudice board game, inspired me to focus on selecting the genre of the game first. Emma Campbell Webster’s “Lost in Austen” confirmed my research that a role-playing game would be the most appropriate genre. I was also inspired by the mommy iPhone game company Appsnminded and intrigued by some iPhone task based RPGs, which led me to discover the right game mechanisms to trade narrative accomplishments for violent acts. A post on Balancing Jane’s blog gave me the idea to combine music and math. And after reading Peggy Orenstein’s “Cinderella Ate My Daughter” and debating on Reel Girl’s blog, I refined Pride and Prejudice RPG’s presentation, so that it was more about accomplishment and less reflective of cultural gender biases.

I started designing my Pride and Prejudice game in 2004 with girls in mind, continuing in the footsteps of the girl games movement from ten years before. However, at the Women’s Game Conference in 2004, I heard a woman ask when games that reflected her fantasies would be addressed by the game industry. A man on the panel dismissed her question, so I started focusing on software for women. My research predicted that Jane Austen readers who hadn’t played games might try my game if the text was fairly literal. It also indicated that gamers who hadn’t read Austen might read her work as a result of playing a literal Pride and Prejudice game. Realizing that there had been a lot of debate among women over video game violence, I excluded weapons, stereotypes, and moving targets from my game. I also left out timed challenges, timed energy replacement, and long written passages from Pride and Prejudice RPG to make it more fun for novice gamers. 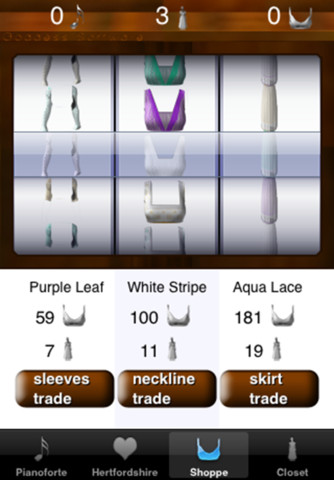 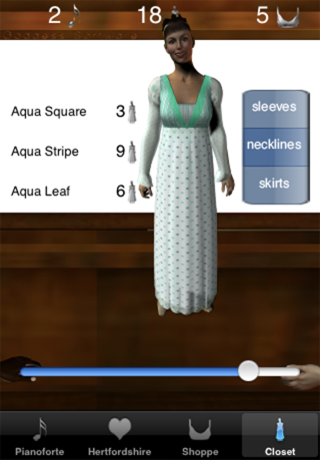 The current version of Pride and Prejudice RPG covers the first part of Jane Austen’s novel up to the end of the Meryton Assembly. In future updates, I want to add accomplishments for Elizabeth’s adventures in Kent and Derbyshire, and important events such as refusing Mr. Collins and Mr. Darcy. I also plan to include more challenging songs, and of course, Elizabeth will need more shoes, gowns and bonnets. If women who play my game and love it let me know, I will be very glad to hear from them. However, I really challenge anyone who wishes Pride and Prejudice RPG were different to seriously consider making her own game. There are only three other electronic Jane games out there so far: Matches and Matrimony, Rogues and Romance, and Hidden Anthologies. There are millions of Jane Austen fans and thousands of openings in STEM fields waiting.

Dr. Vanessa Paugh is a college professor and indie game developer in Dallas, Texas.
She holds a Bachelor’s in Electrical Engineering,
an MFA in Arts and Technology and a Ph.D in Aesthetic Studies.

Images and text courtesy of Vanessa Paugh, with thanks!

You can find the game at the iTunes store here:  http://itunes.apple.com/us/app/pride-and-prejudice-rpg/id510978515?mt=8

and please comment if you have any questions or thoughts for Vanessa about her game!