For those who did not go to the AGM [and for those who did because the sound was flawed] – here is the video previewing the upcoming AGM in New York City next October [via Kerri]: http://jasna.org/agms/newyork/video/

[how easily we forget our cowboys and barbecued spare ribs! – how fickle we are!]

“The Making of a Homemaker” – a Smithsonian Institution online exhibition about the domestic guidebooks written for the 19th century American housewife: many images 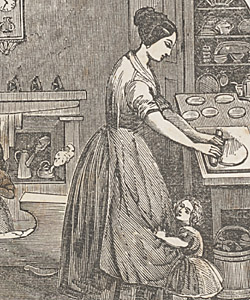 “Seen but Not heard: Servants in Jane Austen’s England”  by Judith Terry:
http://www.jasna.org/persuasions/printed/number10/terry.htm
[via Christy S.]

Persuasion, An Annotated Edition, edited by Robert Morrison [in the same series as the Annotated Pride and Prejudice edited by Patricia Myers Spacks] – http://www.hup.harvard.edu/catalog.php?recid=31301

The Jennifer Kloester biography of Georgette Heyer:  a not so glowing review in The Guardian: http://www.guardian.co.uk/books/2011/oct/06/georgette-heyer-biography-review-kloester

If you have read Bill Bryson’s At Home and Amanda Vickery’s Behind Closed Doors [and etc. regarding her titles] – and need another fix for your domestic matters obsessions, here is a must-have: If Walls Could Talk by Lucy Worsley [image US and UK cover: note that it is not available in the US until 2/2012 and has a different cover] – Ms. Worsley recently aired her Elegance and Decadence, The Age of the Regency on BBC4, also not available here until when ?? [though it is available for streaming, on youtube, etc.]  [makes one want to abandon the colonies for good and head to the mothership?]

You can follow Lucy Worsley’s blog here: http://www.lucyworsley.com/home.html where there is a link for the book… 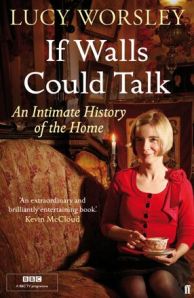 If you like to buy Jane Austen’s six novels in various forms by cover, editor, etc, here is a new take on cover art:

And speaking of Dickens, a reminder about the exhibition at the Morgan Library and Museum: http://www.themorgan.org/exhibitions/exhibition.asp?id=48 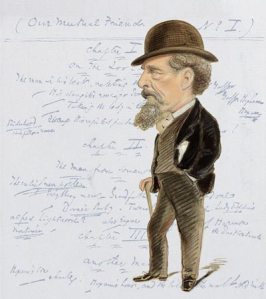 I’ve looked at this before, but a friend [thanks Joe!] reminded me to give it another look:  Jane Austen’s family on Ancestry.com

And visit the Gone Reading blog to find out about their reading foundation – have a look and give if you can!

“Britain leaves us awed by ancient castles, ruins and museums. History pours out a legacy of battles, a developing monarchy, a structured class system, court-inspired behaviors and fashions, artwork and writings that have created an international hoard of Anglophiles. From among them have come forth those who feel that they must fuel the fire. Welcome to the happy home of English Period Authors. We have come together to share, inspire and celebrate and to reach out to our cherished readers.” 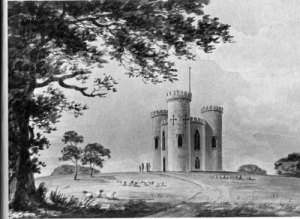 A reminder of this site, Bath In Time: http://www.bathintime.co.uk/

A post on Ackermann’s many prints, reproduced on this blog: [via Jane Austen’s World blog]:

Any interest in English Handwriting?? – here is an amazing online course for free – makes me want to dig out my old calligraphy pens and settle in for a winter class!:

‘The Earle of Essex his instructions to his sonne’

A post by Simon Beattie on the man who tried to kill King George III in 1800: http://www.simonbeattie.kattare.com/blog/?p=57

I’ve posted on this before and now the exhibition is open:

[and while there, don’t forget to sign up for the Fortnum & Mason luxury hamper giveaway! – http://www.npg.org.uk/whatson/the-first-actresses/competition.php

And visit Austenonly for a review of the accompanying book:

The Charleston Museum (in South Carolina) will be offering a documentary film series on quilts: http://www.charlestonmuseum.org/event.asp?ID=444 [be sure to watch the video at this link]

Caravaggio and His Followers in Rome:   this exhibit was at the Kimball Art Museum in Fort Worth, but I was unfortunately unable to go – Laurel Ann at Austenprose did see it on the Sunday as she was leaving later than me – she said I must buy the book, so here you go, another lovely art book to peruse: http://yalepress.yale.edu/yupbooks/book.asp?isbn=9780300170726

and here at the National Gallery of Canada:
http://www.gallery.ca/caravaggio/en/index.htm

and the upcoming conference: http://www.winterthur.org/?p=892
[via Two Nerdy History Girls]

DESCRIPTION: Have you ever read a mystery where the heroine sounds like
an oversexed gangster? Or a romance where the hero sounds more like a
girlfriend than a man? Chances are, the oversexed heroine was created by
a male author; the tender, emotional hero by a woman. Men and women
think, act, and talk differently – which causes problems for writers
who are trying to create characters of the opposite sex. Learn about the
most common gender differences, and use them to create believable
characters of the opposite sex. (And along the way, you may get some
great ideas about how to deal with your husband, boyfriend, boss, big
brother, or other assorted males — or for the first time, understand
what’s really going on inside the head of your wife, girlfriend, mom…)

Fee: $20 CRW Members; $25 Non-CRW Members. FMI about the workshops or
speakers, or to register: http://crw-rwa.ning.com

The Jane Austen Centre is beginning its holiday shopping marketing:  here are some  ideas from the “Pemberley Collection”: http://www.janeaustengiftshop.co.uk/images/2611.html 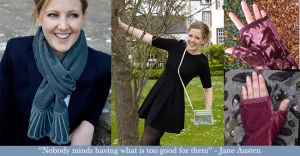 “The popular colours of Regency England”

Sage and other variants were very fashionable during the Regency period as a green dye that did not fade or darken was invented. However, it was literaly the colour to die for – the pigment contained a poisonous copper arsenic compound!

Plum is a much nicer word than ‘Puce’, which was popular in the Regency period. The purplish pink shade was named after the French word for ‘Flea’ as it resembled the shade of the blood sucking insect after a meal. Yuck!

Teal and shades of blue were also in demand. In Jane Austen’s time dyes were expensive, pigments made of natural substances and the resulting hues rather muted compared to our modern artificial dyes, hence this lovely soft shade of teal would have been considered as being quite bright!

[sage, plum and teal being my favorite colors – I knew I was born in the wrong century!]

“Why are a chimney sweep and a bugler good partners at cards?

This just strikes my funny bone: “The Invisible Mother” at How to be a Retronaut:

And finally, absolutely nothing to do with Jane Austen or the 18th or the 19th century:

Swim caps from the 50s – thankfully we have come a long way baby…: [via How to Be  a Retronaut]   http://www.youtube.com/watch?v=FtZJMlOu0Sw

Copyright @2011 by Deb Barnum of Jane Austen in Vermont