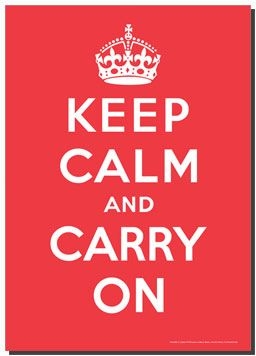 If you have seen the Friday Video on the Two Nerdy History Girls blog today, you will find this great short on the background to the “Keep Calm and Carry On” poster that is now seen and heard everywhere.  I didn’t realize that the poster was discovered in a box at this fabulous bookstore, Barter Books in Alnwick Station, Northumberland, and the rest as they say is history.

But in searching around the bookstore’s website (one of my addictions sorry to say), I discover a lurking Jane Austen in the “Writer’s Mural” in the shop:  visit the website yourself to explore the painting and enlarge the various images and find out why each author has been included, but here is the full painting, by Peter Dodd, the panel with Jane Austen, and a closeup of her image…

Are any of your other favorite writers lurking about here? – if you were to compile such a wall mural, which authors would you put in it?

All Images courtesy of Barter Books – visit them soon!

5 thoughts on “A Jane Austen Sighting ~ in Northumberland!”