Oh, be still my heart! ~  it is on this day,  February 6th,  that Catherine meets Henry Tilney in the Lower Rooms in Bath:

They made their appearance in the Lower Rooms; and here fortune was more favourable to our heroine. The master of the ceremonies introduced to her a very gentlemanlike young man as a partner; his name was Tilney. He seemed to be about four or five and twenty, was rather tall, had a pleasing countenance, a very intelligent and lively eye, and, if not quite handsome, was very near it. His address was good, and Catherine felt herself in high luck. There was little leisure for speaking while they danced; but when they were seated at tea, she found him as agreeable as she had already given him credit for being. He talked with fluency and spirit – and there was an archness and pleasantry in his manner which interested, though it was hardly understood by her. After chatting some time on such matters as naturally arose from the objects around them, he suddenly addressed her with – “I have hitherto been very remiss, madam, in the proper attentions of a partner here; I have not yet asked you how long you have been in Bath; whether you were ever here before; whether you have been at the Upper Rooms, the theatre, and the concert; and how you like the place altogether. I have been very negligent – but are you now at leisure to satisfy me in these particulars? If you are I will begin directly.”

and followed by a lively discussion of Bath, and concerts, and journals and writing and muslins, the reader is left with the narrator’s thoughts…:

And Henry leaves Bath the very next day for a WHOLE week, Catherine completely distraught at the loss.  I always thought this was quite enterprising of Henry!

We all have our own view of Henry Tilney … certainly Mags at Austenblog has single-handedly brought Tilney the attention he so richly deserves! [see also her site Tilneys and Trapdoors].  When I first read Northanger Abbey, I thought Henry was a condescending bore, on a second reading I thought he was quite funny, on subsequent readings, Henry becomes more and more delightful, ever more charming on every re-reading, really quite to die-for – who needs the proud, socially awkward Mr. Darcy when there is a Henry Tilney about?!

So I bring you ~  the many faces of Henry Tilney ~ 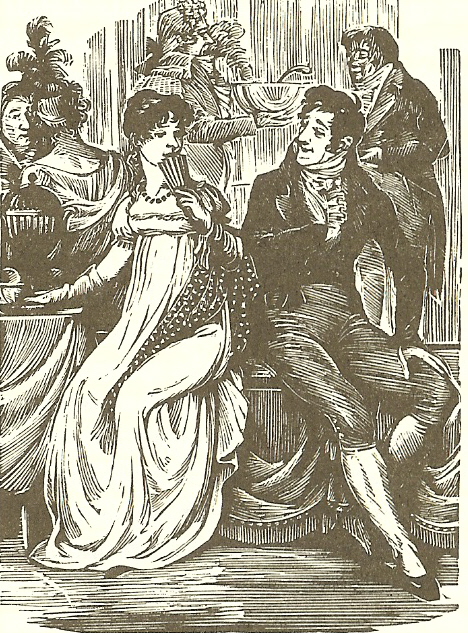 So what does YOUR Henry Tilney look like?? [all comments  and pictures most welcome!]