A quick summary of a few other items of interest:

Samuel Taylor Coleridge.  Poems on Various Subjects.London: for G.G. and J. Robinsons, and J. Cottle, Bristol, 1796. first edition of Coleridge’s first book of poems, issued together with the first published verses of Charles Lamb, signed C.L. Hayward est. $1000 – $1500.  Sold for $2600 [a few other Coleridge items either did not sell or sold for less than the estimate]

William Wordsworth. Lyrical Ballads, with Pastoral and Other Poems, in Two Volumes. London: R. Taylor and Co., 1805. 2 volumes [the last edition in which Coleridge’s poems appear]. est. $1500 – $2000; Sold for $1700 [other Wordsworth items sold for lower than estimates or not at all]

Thomas Hardy. There were 22 Hardy items for sale, many of the books remain unsold, but most of the autograph letters sold mid-range or less than the estimates- here is one example:   Three autograph letters signed to Florence Yolland on the Death of Emma, Hardy’s first wife.Max Gate, Dorchester: 24 December 1912 to 22 October 1913. 6 manuscript pages, 8vo (varying sizes). Mourning stationery, three autograph envelopes (all labeled “opened by censor” when sent to F. Adams in 1939) est. $2000 – $3000; Sold for $1000.

Full auction results can be found at the Bloomsbury Auction website. 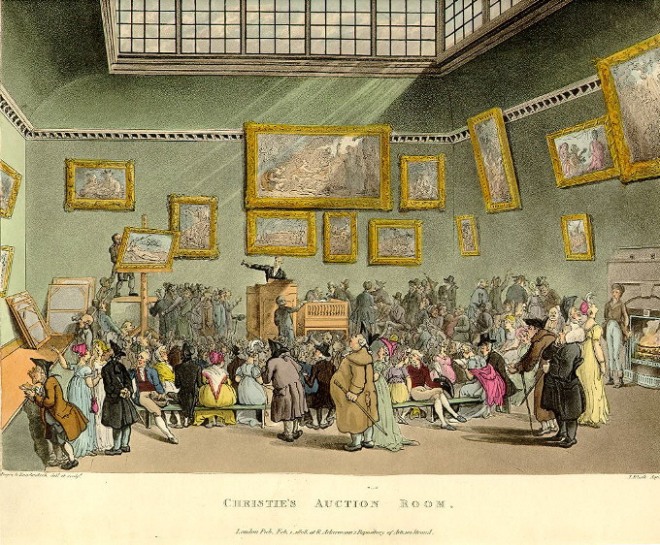 Austen-lover and author Jennifer Forest sends information about her new book (due out in the UK July 6 and available for pre-order), Jane Austen’s Sewing Box (Murdoch Books; 224 pages; £14.99).

If you love handicrafts, this books contains 18 projects, which involve sewing skills, needleworking, netting, painting, paper craft and knitting! Forest has set the projects in their history and literary context, placing Regency-era handiwork alongside extracts from the novels; an explanation of why women made such items; full color photos; and step-by-step instructions.

“Yes, all of them [are accomplished women] I think. They all paint tables, cover screens and net purses.” — Charles Bingley

The projects in Jane Austen’s Sewing Box are both objects of beauty and useful for our contemporary lives. Using a range of techniques and readily-available materials and tools, the projects are easily accessible for all skill levels and interests.

All projects are modelled on:

As a sewer-knitter-crocheter-needleworker, I can’t wait to see this book.

Look for information on Jennifer Forest, and Jane Austen’s Sewing Box, on her website. And stay tuned for a guest appearance by Jennifer on this blog…